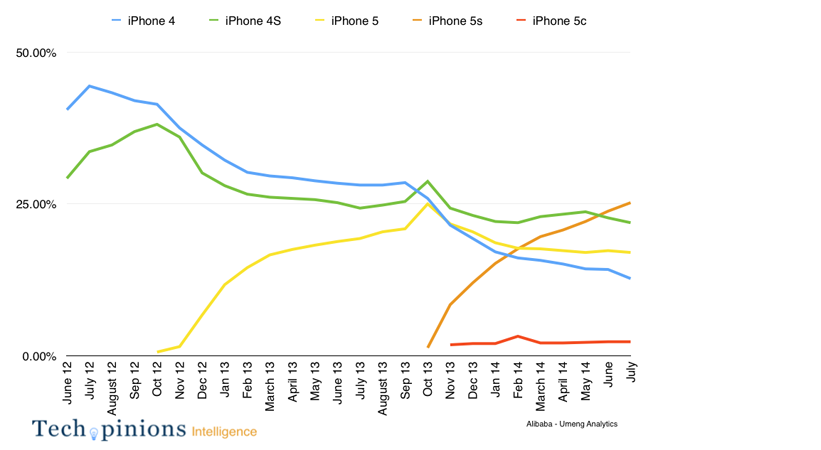 Today, the dominant iPhone is the iPhone 5S — a phone that was probably purchased new, according to Bajarin, in a perfectly orderly fashion.

Things have come a long way since the reseller riots at the launch of the iPhone 4S in Beijing.

“This is a monumental moment for Apple in the region,” writes Bajarin. “The iPhone being available now on most major network providers in China is a help. The 5s running on the China Mobile 4G network, which they are pushing pretty hard, plus the fact the iPhone 5s is the most recent device, is a help.”

“I remain entirely convinced,” he concludes, “that Apple is in full control of their destiny in the region.”