Amid unrest, it’s business as usual for Ferguson’s Emerson Electric 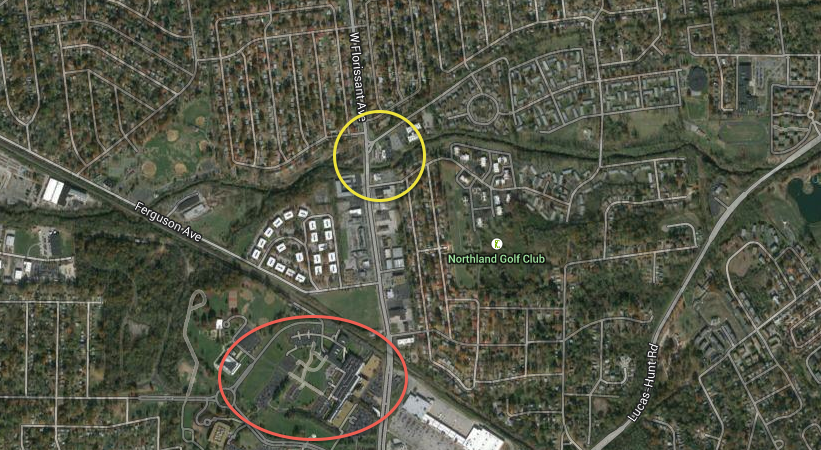 Ferguson is a suburb of St. Louis with a population of over 20,000 that is currently enmeshed in conflict after a police officer shot unarmed teenager Michael Brown on August 9. Emerson Electric (EMR) is a Fortune 500 company based in Ferguson. In fact, it’s less than a mile — just down the road, really — from the QuikTrip gas station that was looted and burned in the first days of strife.

But despite the ongoing protests, a curfew implemented by Missouri Gov. Jay Nixon, and the arrival of the Missouri National Guard to quell acts of violence, the company says it’s business as usual.

Ranked No. 121 in the Fortune 500 list, Emerson Electric is a global manufacturing and technology company with over 200 manufacturing locations around the world. Emerson was founded in St. Louis in 1890 when the company began making electric motors, a unit it has since sold off. In the 1940s, the company bought its first property and started moving operations to Ferguson, and has been based there ever since.

An August 17 video below taken by Sports Illustrated reporter Robert Klemko puts perspective on the close proximity of the headquarters to the protests. He told Fortune the video was taken from 8039 W Florissant Ave. The Emerson headquarters are at 8000 West Florissant Ave and the remains of the QuikTrip are located at 9420 West Florissant, about three-fourths of a mile away, according to Google Maps.

Despite the nearby activity, Mark Polzin, a spokesman for Emerson says the company is operating normally and there have been no incidents. “From the outset, we’re a little up the road from the main activity,” he added. The leadership and security teams for Emerson Electric have also been regularly in touch with local authorities, while staff are being kept updated on potential safety issues and problems related to increased traffic, he said.

When pressed about what safety efforts are being taken, if needed, Polzin said, “For a number of reasons we are not commenting on these areas and types of questions at this time.”

There’s no manufacturing at the Ferguson campus today, but, as Emerson Electric headquarters, it is “home to many key operations and functions at corporate and business level,” according to Polzin. About 1,300 Emerson employees work in Ferguson compared to over 30,000 total U.S. employees and 110,000 around the world.

Meanwhile, on a corporate level, Emerson Electric has been making bold moves under the leadership of David Farr, who’s headed Emerson Electric since 2000 and who was profiled by Fortune last year. That even included selling off the company’s original business, electric motors, as it was struggling to survive.

Farr is currently working to broker a deal auctioning off the company’s power transmission solutions business this fall. The company has tapped Goldman Sachs for the transaction, which could top as much as $1 billion, according to Reuters.

In its most recent earnings report, which was released August 5, Farr said in a statement that “despite the global business environment struggling” to grow, Emerson Electric’s “underlying sales growth improved” up 3% year-over-year.

Along with its operations weathering a shaky global outlook, the company seems busy working to aid its own struggling city – despite perceptions of a disconnect between its status as a Fortune 500 corporation and the city’s increasing economic issues.

Emerson’s Charitable Trust, which is headed by Patrick Sly, has contributed $33 million to over 1,800 charities in the U.S, according to the company. Of that, the company reports donating over $2.5 million to the United Way of Greater St. Louis Foundation, which partners with area charities, along with about 18 other local schools and organizations in awards ranging from a couple thousand dollars to over $100,000.

And Emerson’s help isn’t going totally unnoticed, it seems. John Gaskin III, a spokesman for the NAACP for Ferguson, on Friday told Businessweek that Sly “is one of the most genuine men that you could meet in this town.”

In addition to Emerson Electric, there are nine Fortune 500 companies in the greater St. Louis area, including Express Scripts, which is ranked No. 20. When asked about precautions being taken for employees, spokesmen for the companies either declined to comment or were not immediately available.