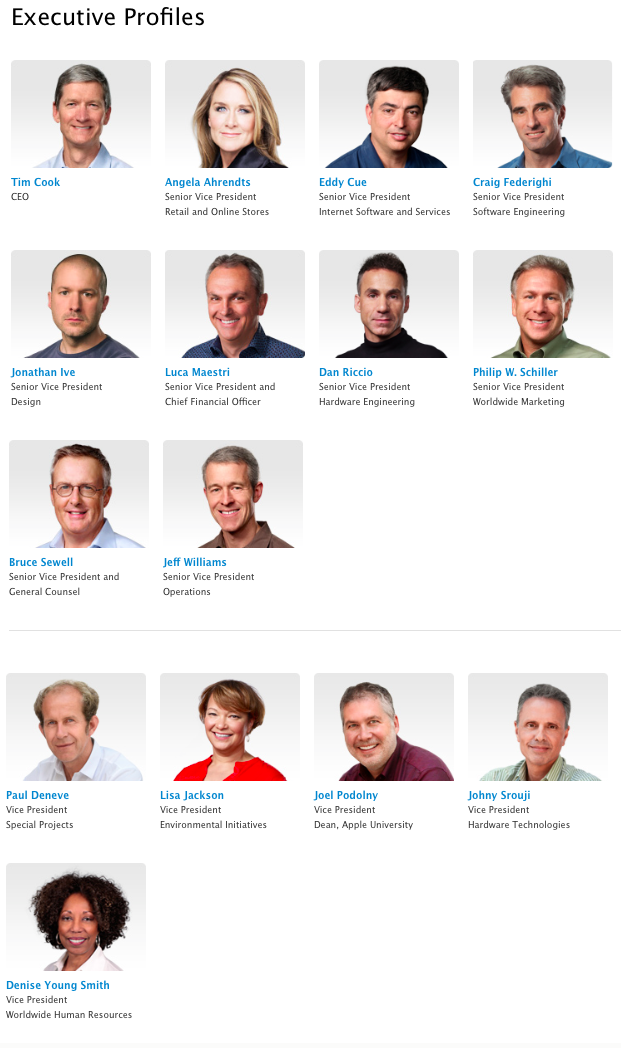 I can’t claim that this column had anything to do with it, but the day after it pointed out that only one of the 10 faces on Apple’s executive profiles webpage was a woman’s, the company redesigned the page.

Not all of Apple’s customers feel the same way.

Representing another point of view, I offer you the e-mail I received Friday from reader John Garner:

I’m afraid that your diversity article is a bunch of politically correct BS. Consider the problem as it really exists to businesses. As the owner of multiple businesses, I face this daily.

Frankly, I was shocked that Apple has actually managed to do as well as it has on the female technical side. Try and find a female power engineer sometime, let alone a top-notch female programmer.

But perhaps equally important is what’s happening in the education system. One of the biggest debates now occurring in education is the gender over-reaction towards females and the implications that’s having on males!!!

And yes, you can quote me.