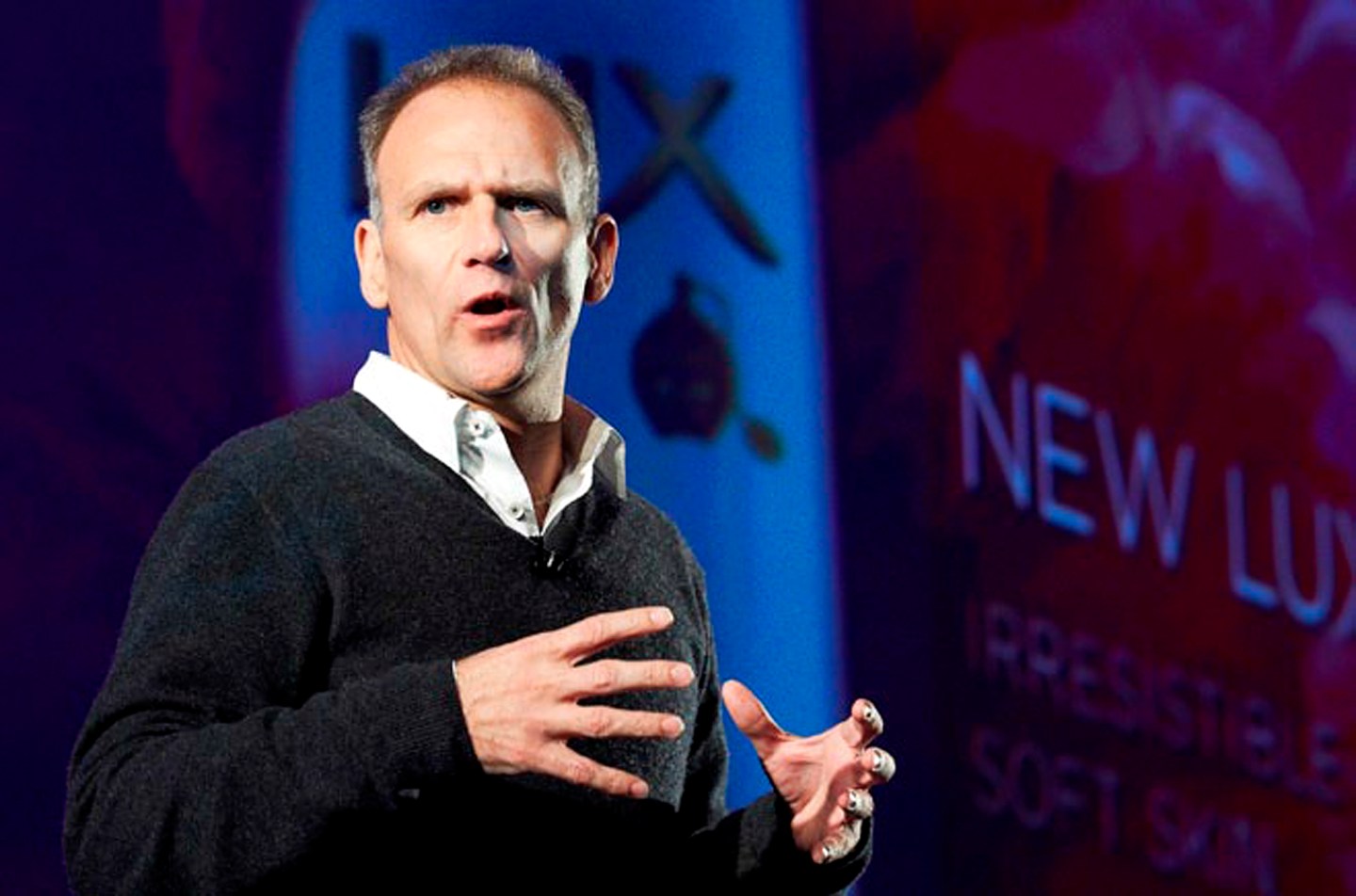 With $103 billion in revenue, Tesco, the world’s second-largest general-merchandise retailer, behind Wal-Mart, and the biggest food producer and retail brand in the U.K., earned the No. 63 spot on this year’s Fortune Global 500 list. But lately the company has been struggling to stay on top. For the past two years the retailer has grappled with falling profits, struggled to stabilize prices, and lost market share to discounters and online grocers.

Founded in 1919, Tesco has grown to a behemoth of 6,784 stores in 12 countries. It’s no longer just a grocer, but a giant retailer, with gas stations, an online marketplace, DVD rentals, and financial services. In recent years it has diversified by veering into tech—first with a tablet computer, the Hudl—and in early 2014 revealed plans to begin manufacturing a smartphone to compete with Samsung.

Tesco’s new CEO, Dave Lewis, a 49-year-old strategy expert who hails from Yorkshire, began his career at Unilever in 1987. While at the consumer products giant he oversaw business segments in South America, Southeast Asia, and the U.K. Most recently he was president of Unilever’s personal-care unit, which includes the Dove and Vaseline brands and accounts for 40% of its $66 billion in annual revenue.

When he starts next month, Lewis will be the first Tesco CEO to come from outside the company, a surprise to industry watchdogs. “He clearly knows nothing about retailing,” says Nick Bubb, an analyst for London-based Retail Think Tank. “But he certainly knows how to win price wars.”

Price wars—one of the larger issues Tesco hasn’t solved—continue to plague the industry as grocery discounters, such as Aldi and Lidl, have usurped the low-priced market, and fewer shoppers return to bigger chains like Tesco.

In May, Tesco reported a 6% decline in annual profit—its worst performance in the past 20 years—and the company’s stock has fallen 46% from a high of $702 in 2010. Lewis will have to rethink its identity since the brand no longer caters to low-income shoppers, nor falls in the high-price category shared by Marks & Spencer. “He must take some extreme steps,” says a former Tesco exec.

While at Unilever, Lewis made deep cuts to keep costs low. As part of a restructuring in 2007, he axed employees and managed to slash 40% of expenses, earning him the nickname Drastic Dave.

But Lewis has also garnered praise for his creative approach. While he was working in South America, competitor Procter & Gamble launched detergent brand Ariel. Lewis mounted a radical counterattack to lampoon P&G: He found an outdated Unilever product from the 1960s—a toilet seat—that happened to be named Ariel del Plata, and began an aggressive ad campaign with posters of toilet seats bearing the name Ariel. P&G eventually pulled its product from South America.

According to insiders, Lewis is also known for successful team building. He doesn’t drive luxurious cars and is often seen in jeans and casual shirts that make him look like a local “Yorkshire lad.”

At Unilever he gave company-branded rugby shirts to employees and would host guest speakers to counsel staff on team spirit. “No doubt there are strong threads of creativity running through his work,” a Tesco executive told Fortune.

No word yet on any plans to resurrect the toilet seat strategy.