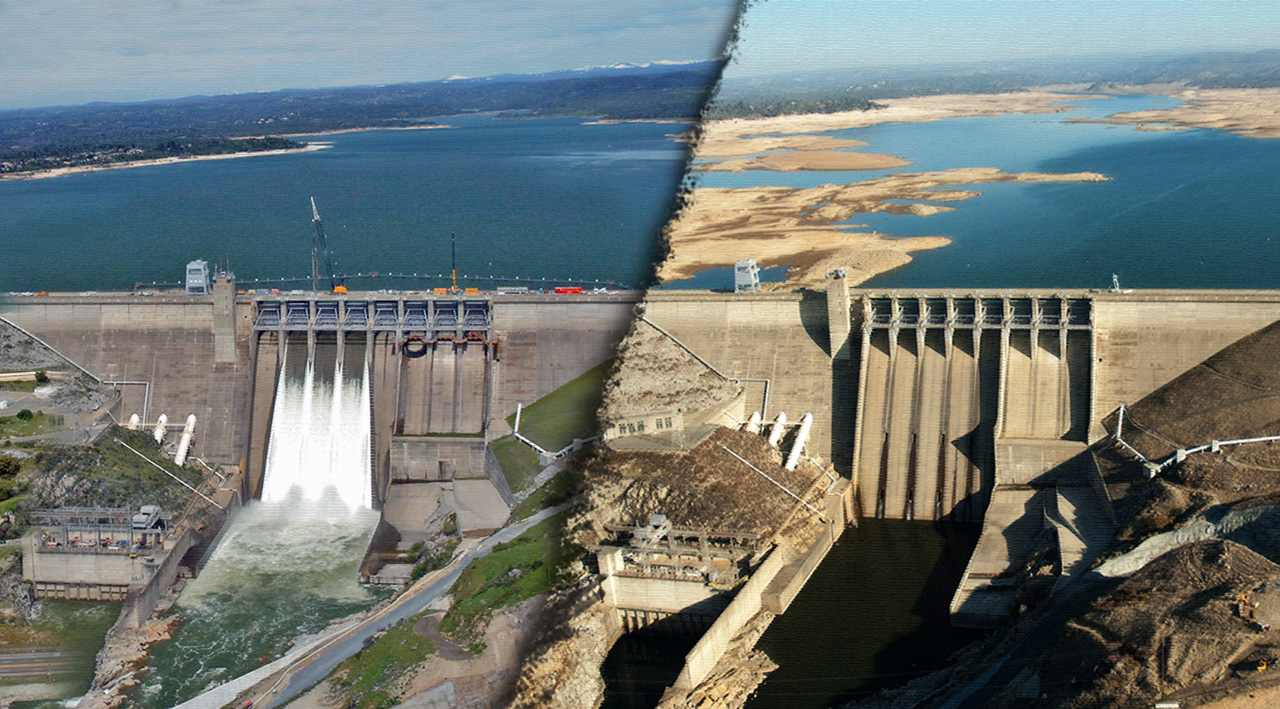 More than 80% of California is now in a state of extreme drought, according to the latest assessment. The environmental conditions that residents are experiencing today actually began in 2011. Still, there seems to be no end in sight. Water costs are sky high, as you would expect, but Californians are paying the price in more ways than one. The state’s Central Valley agriculture industry, for example, stands to lose $1.7 billion this year as a result of what some believe is the worst drought to affect the region in 500 years. Some 14,500 workers could lose their jobs in an area responsible for half of the state’s agriculture and five percent of the entire nation’s.

How will California survive? For a problem of such massive scope, the solutions will be complex, experts say. One thing is certain: technology will play a key role.

Halla Razak is the director of public utilities for the city of San Diego. Diversifying the water supply has been a top priority, she tells Fortune, because more than 90 percent of San Diego’s water has historically been purchased from the Metropolitan Water District of Southern California. It became clear in 1990, when there was another drought, that the existing plan wasn’t sustainable, Razak said. It prompted officials to take a fresh look at alternatives.

Since 2007, per-capita water use in the San Diego region has decreased about 27 percent. Officials point to rebates, tools, and educational programs aimed at improving water-use efficiency as factors in the change.

“These are low-tech solutions,” Razak concedes. They are not like the brand-new and pricey reverse-osmosis desalination plant now under construction. The new Carlsbad Desalination Project, the work of the private developer Poseidon Water, is expected to open in late 2015. It will supply roughly 50 million gallons of water per day, which is about 10 percent of what the region uses each year, Razak says.

Desalination is something of a controversial topic. Though it is an established technology that has long provided drinkable water to many parts of the world, most notably the Middle East, it is also frequently criticized for its high energy demands.

“We’ve been desalinating water for over 100 years,” says Peter Gleick, president of the Pacific Institute, a nonprofit that works with Fortune 500 companies on water solutions. “We know how to desalinate, but that’s not the long-term answer because it’s still extraordinarily expensive.”

Reverse osmosis technology has helped improve desalination’s energy footprint compared with past alternatives, Gleick says. Even so, the new Carlsbad plant “will be San Diego’s most expensive source of water,” he says.

In Gleick’s view, the “more mundane” technologies that help people use water more efficiently, from efficient toilets to irrigation equipment, are far more important. “Drip irrigation is not a new technology, toilets are not new, but there are new versions that let us save a tremendous amount of water cost-effectively,” he says. “They may not be sexy, but they’re frankly the smartest things we could be doing.”

A full 80 percent of the water used in California goes to agriculture, Gleick points out. “Farmers know how to implement drip irrigation. It’s not a new technology, but they’re learning new ways to do it.” Soil-moisture monitors and smart meters also help reduce waste. “It turns out that with the right feedback delivered in the right way, people cut their water use by 5 percent,” he says. “That doesn’t sound like a lot, but in a drought it makes a big difference.”

But reduction is not enough. As extreme drought conditions persist, many officials are looking at water reuse as an answer. In Orange County, used water is treated and fed back into the ground to replenish local aquifers. “They have innovative water treatment plants there and are treating it to high standards and then putting it to use,” Gleick explains. “In the old days, it would have been thrown into the ocean.”

Through a combination of water-saving practices, water reuse, and recaptured storm water, California could save up to 14 million acre-feet of untapped water, enough to supply all of California’s cities for a year, according to a report published last month by the Pacific Institute and the Natural Resources Defense Council.

‘This is the real future for California’

Water reuse is also a focus in San Diego. The city of 1.3 million is currently in the planning stages of an effort called Pure Water, which follows in the footsteps of Orange County. The new project calls for more reuse of the water the city has already been cleaning but reserving for non-potable uses only such as irrigation.

“We in San Diego aren’t as lucky as Orange County in that we don’t have good aquifers underground,” Razak says. “But we do have large reservoirs.”

The Pure Water plan involves building a plant that will treat used water with three different techniques: membrane filtration, reverse osmosis, and ultraviolet disinfection. Why so many steps? To make it “as pure as can be,” Razak says. The renewed water is then piped to local reservoirs, where it will sit for six months. Then it will be treated again before it’s mixed with other water sources for potable use.

Eventually, Razak hopes to skip the reservoir and subsequent stages, since already “the water is being treated to the best standard of quality of any other raw water we get in the county.” Those later stages are “mostly to improve people’s acceptance of this process,” she admits.

The goal is to purify 15 million gallons per day by 2023. Longer term, officials hope the purification facility supplies more than a third of the region’s water by 2035, Razak says.

“I honestly believe this is the real future for California,” she says. “We take pristine water from rivers and lakes; we treat it and we clean it; and then we use it. Then we treat it again to a pretty high standard before we dispose of it in the ocean and rivers. We’ve already spent time and energy, but then we’re letting go of it. The best thing for California is once we already possess that water and it’s treated to a high level, to treat it further and reuse it.”

Simon Gottelier, who runs the water strategy at the asset management firm Impax, agrees. “This is taking treated wastewater that would normally go out into the ocean and using it on a grand scale,” he says. “If I had to say how California will cope going forward, my sense is these water-reuse projects are going to be one of the major ways California can do it.”

‘We’re trying to offer a path to market’

To make an impact in drought conditions, “there are two legs you have to walk on,” said John Briscoe, a professor of environmental engineering and environmental health at Harvard University and the director of the Harvard Water Security Initiative.

As in financial investing, it is important to have a diverse “portfolio” of water sources, Briscoe says. Cheaper ones can be used when water is plentiful; more expensive ones can sustain an area during difficult conditions.

Briscoe points to Australia, home of a new futures exchange focused on water, for its success dealing with drought. “They have a very flexible set of institutions with very clear signals about the value of water use,” he says. “Once water has this value, there’s a huge call for new technology. It becomes more information- and technology-intensive.”

Globally, the water market is worth roughly half a trillion dollars per year, says Scott Bryan, chief operating officer at the clean water nonprofit Imagine H2O. “If you look at the magnitude of the ecological and humanitarian need plus the market need, why don’t we have more entrepreneurs and investors looking into this issue?” Bryan asks. Even in California itself, “very little of the tech boom focuses on our region’s most pressing issue,” he adds.

For the last five years, Bryan’s firm has offered an annual business innovation competition through which early stage entrepreneurs and researchers can submit their ideas for judging by a panel of venture capitalists and other experts. It then gives the top 12 contenders a place in its accelerator program. “Our winners and finalists now represent one in every six dollars of early stage financing in the water sector,” Bryan says.

“What we’re trying to offer is a path to market,” he explains. “We have a lot of great technology out there, it just doesn’t make it to market. A lot of our work is reaching out to people who can bring new business models to the sector—that’s almost more important than new technology.”

Correction, August 12, 2014: An earlier version of this article misstated the date when the Carlsbad Desalination Project is expected to open. It is late 2015.