What architects don’t get about Steve Jobs’ spaceship 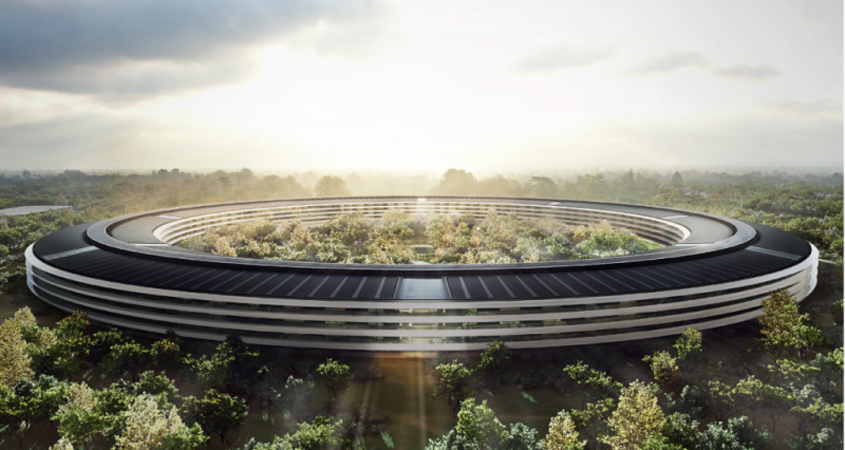 For reasons that would take too long to explain I find myself in Durban, South Africa, this week at a gathering of 6,000 architects from around the world. I haven’t yet found one who likes Steve Jobs’ design for the new Apple headquarters — the Pentagon-sized edifice, now under construction in Cupertino, Calif., that Jobs described as looking a little like a spaceship had landed.

“Does it have to be a spaceship?” asked an official at the American Institute of Architects.

Jobs is not here to answer for his design, but Ed Catmull is.

Catmull, who worked with Steve Jobs for 26 years as president of Pixar and Walt Disney Animation, has written a terrific book called Creativity Inc. that ends with a long chapter about what that collaboration was like.

Jobs famously took a hands off approach to Pixar, sensing that the people there knew more about computer filmmaking and storytelling than he ever would.

Jobs’ main contribution was the design of Pixar’s headquarters — a job he took as seriously as the look and feel of any Apple product. As Catmull describes the process, it didn’t come easily.

“Steve’s first pass at a design was based on some peculiar ideas he had about how to force interaction among people. At an off-site staff meeting to discuss these plans in 1998, several people rose to complain about his intent to build a single women’s and a single men’s restroom. Steve relented, but he was clearly frustrated that people didn’t understand what he was trying to do: Bring people together out of necessity. At first, Steve struggled to find the best way to enable that mutual experience.

“Next, he envisioned a separate building for each movie under production—the idea being that each crew would benefit from having its own contained space, free of distraction. I wasn’t so sure about that, so I asked him to go on a road trip. Showing, not telling, worked best with Steve, which is why I coaxed him south to Burbank for a tour of the four-story glazed-glass-and-aluminum building on Thornton Avenue known as Northside. Disney Animation had taken it over in 1997, using it to house the crew for its first 3D animated movie, Dinosaur, among other projects…

“After an hour or so wandering around the place, I could tell he was getting the message: Creating separate buildings for each film would be isolating. He saw firsthand the way that the Disney people took advantage of the open floor plan, sharing information and brainstorming. Steve was a big believer in the power of accidental mingling; he knew that creativity was not a solitary endeavor. But our trip to Northside helped clarify that thinking. In a creative company, separating your people into distinct silos—Project A over here, Project B over there—can be counterproductive.

“After that trip, he met again with his architects and laid out the principles for a single building… Everything about the place was designed to encourage people to mingle, meet, and communicate, to support our filmmaking by enhancing our ability to work together.

“In the end, Steve presided over every detail of our new building’s construction, from the arched steel bridges that straddle the central atrium to the type of chairs in our screening rooms. He didn’t want perceived barriers, so the stairs were open and inviting. He wanted a single entrance to the building so that we saw each other as we entered. We had meeting rooms, restrooms, a mailroom, three theaters, a game area, and an eating area all at the center in our atrium (where to this day, everyone gathers to eat, play ping pong, or be briefed by Pixar’s leaders on the company’s goings on). This all resulted in cross-traffic—people encountered each other all day long, inadvertently, which meant a better flow of communication and increased the possibility of chance encounters. You felt the energy in the building. Steve had thought all this through with the metalogic of a philosopher and the meticulousness of a craftsman. He believed in simple materials, masterfully constructed. He wanted all the steel exposed, not painted. He wanted glass doors to be flush with the walls. No wonder that when it opened in the fall of 2000, after four years of planning and construction, Pixar’s people—who typically worked for four years on each film—took to calling the building ‘Steve’s movie.'”

Like Pixar, Apple has outgrown its current headquarters. Jobs worked closely with Sir Norman Foster to design a building that could accomodate 12,000 Apple employees and yet encourage collaboration. He pitched his plan to the Cupertino City Council in the summer of 2011. It was his last public appearance. You can watch it here.