Apple’s iPhone is golden in China 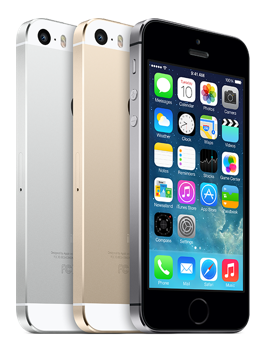 The dumbest column I ever wrote was the one that suggested that if Apple wanted to sell a lot of iPhones in China it should stick with silver.

This was just about a year ago. Rumors were flying that Apple was about to launch a champagne-gold iPhone because gold was such a prestigious color in China. I went looking for market research on national color preferences, and the closest thing I could find was a Dupont chart that showed that the best-selling automobile color in China was silver, not gold.

Cars, it turns out, are not the same as phones.

The gold iPhone 5S was a huge hit in China. It sold out immediately in Hong Kong and the mainland. Customers in New York City buying for export lined up around the block. Gold iPhones were soon commanding mark-ups of several hundred dollar apiece in China’s grey markets.

Apple, it seems, knew what it was doing. In December it finally cut a distribution deal with China Mobile, the world’s largest carrier. In February, China Mobile announced that iPhones accounted for more than half of the phones on its brand new 4G network. By last week, that network had grown to more than 14 million subscribers.

“China, honestly was surprising to us,” Tim Cook told analysts last week. “We thought it would be strong but it went well past what we thought. We came in at 26% of revenue growth, including retail and if you look at the units, the unit growth was really off the charts across the board. I found 48% growth that compares to a market estimate of 24%. So growing it two times the market.”

“Whoever proposed the champagne gold model can’t be rewarded enough for the cascading benefits Apple has enjoyed from it,” writes an American ex-pat who posts here as Jake_in_Seoul.

Jake, as regulars here know, is a keen observer of the Asian smartphone market. In January we re-posted a letter he wrote from China that adds some color (pardon the pun) to the Chinese iPhone story:

“iPhones here are not predominant, but are readily seen, certainly in the hands of wealthy and powerful, (e.g., a local real estate tycoon), but also surprisingly owned by the likes of hotel clerks and a remarkable noodle shop girl. Ownership seems to be a state of mind.

“I was amused in a casual conversation to hear Samsung (known in China by its Chinese/Korean character name San Xing Sanxing = “Three Stars”) referred to as a “Chinese phone”… I suspect this misunderstanding may not be uncommon and hence highly aggravating to Samsung,

“The iPhone, by contrast, is now called ‘iPhone’ (using roman letters) in every press article I’ve seen recently, and a Chinese character equivalent Ai Feng (Aifeng = ‘Love Crazed’) is increasingly used only as slang in advertising, on Weibo, in blogs etc. The brand maintains its pristine foreign identity.

“The fact that an awareness of Apple and the iPhone has so quickly and widely penetrated Chinese society is a remarkable achievement, one likely due to the perceived excellence of Apple technology and also to good timing, as cell phone culture comes of age here. As long as Apple continues to produce cool products, it will surely gain adherents in China as more and more people can afford them.”