Bring your best friend to work 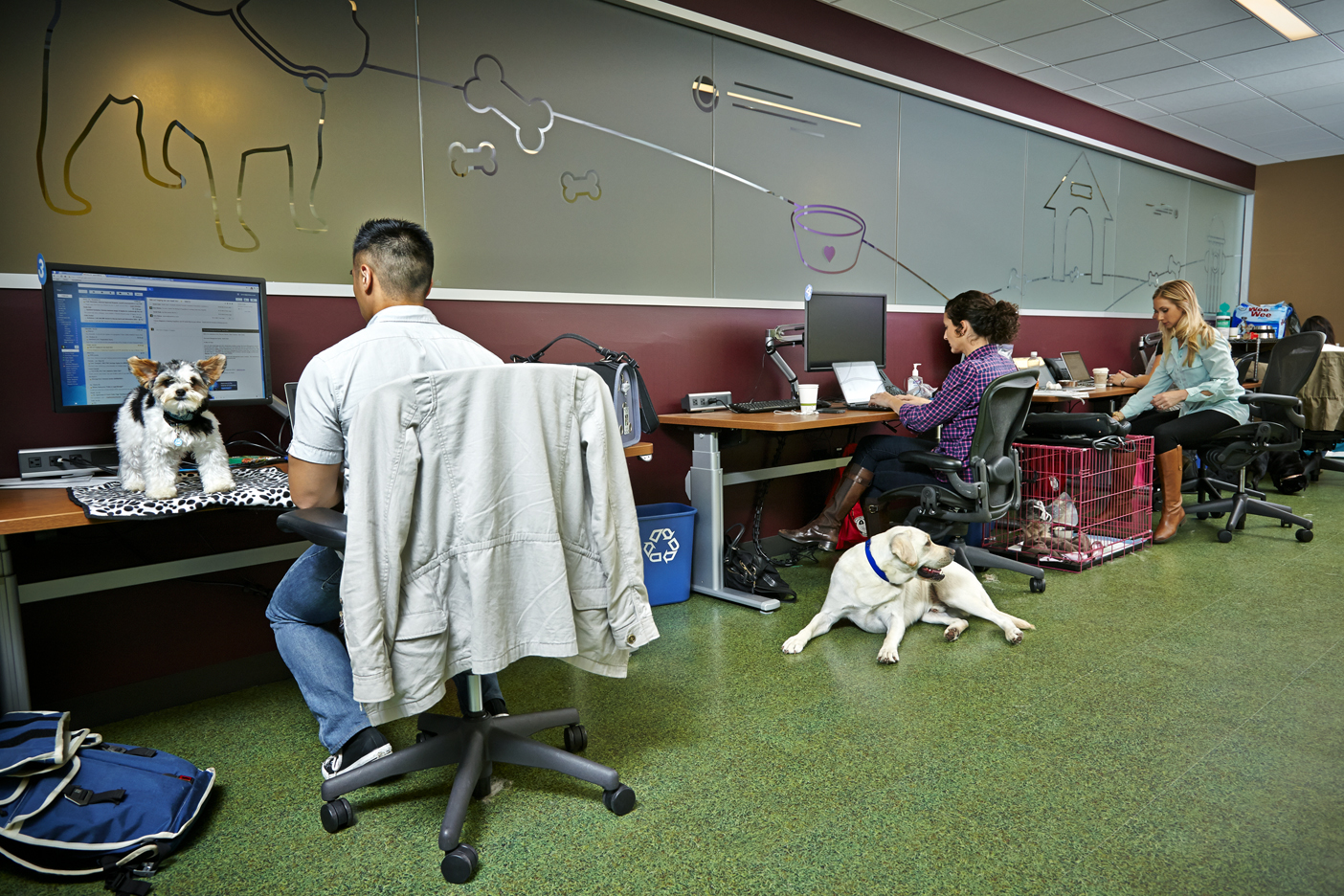 100 Best Companies to Work For: No.7
Name: Salesforce
Global Headcount: 14,000
Revenue: $4 billion
Perk: A paid volunteer time-off program allows employees to use 1% of their hours toward volunteering at any nonprofit—typically six days a year.

Here’s a canine-friendly perk that’s not just for the dogs. Salesforce’s new experiment offers a communal workspace where employees can bring their best friends to work. The onsite facility is a mash-up of doggy day care and shared office, where up to six employees can work while supervising their pets. Reservations are required, and the room is often full. All dogs must be registered with security and get a photo ID badge. Puppyforce, a community effort, is managed by a network of dog lovers who have created an affinity group.

Sara Varni, a vice president of marketing and mother of three, began using the perk six months ago as backup whenever her dog walker wasn’t available. Varni says she brings her Australian shepherd, Memphis, to work at least once a month. “I think it elevates everyone’s mood,” she says. “And at the end of the day it makes me more productive too.”

Even the dogless have taken advantage. Sean Alpert, a director of product marketing, says a busy travel schedule prohibits him from having a dog. Instead, he visits Puppyforce a few times a week to play with his four-legged pals. “On a particularly stressful day, I took my friend’s French bulldog for a walk. It helped to take my mind off things for a while and lightened my mood.”

Leave it to Salesforce, the San Francisco–based maker of customer relationship management software, to develop a new spin on a growing trend. The 15-year-old company has long eschewed the typical—employees are highly flexible and don’t have dedicated phones or desktop computers. Its workforce is truly mobile, using smartphones and laptops at long tables made of repurposed barn doors in an unreserved open plan.

The house that Marc Benioff built is a hotbed of cultural innovation. Onsite wellness centers, a lack of traditional workstations, and high pay (account execs average more than $100,000) have helped it earn a spot on Fortune’s Best Companies list for the past six years. Yet it’s the company’s unique approach to collaboration that spawned a dog-friendly zone. Employee discussions on Chatter, its in-house, feed-based social network similar to Facebook, inspired the concept. (Chatter is also a Salesforce product.)

But not everyone was keen on dogs. Allergy-prone colleagues were worried about dander. Some warned about hygiene as well as disruptive barking during all-important sales calls—and, of course, the occasional accident. After listening to feedback, Salesforce decided to create an independent, soundproof workspace for dog owners, with rubber flooring.

The trial program will be expanded when the company, the largest tech employer in San Francisco, moves into new digs in Salesforce Tower in 2017. Puppyforce is also being considered for locations in Chicago, Seattle, Vancouver, Munich, and Stockholm.

“People love it,” says Monika Fahlbusch, senior vice president of global employee success. “Everybody who had concerns now raves about our solution because it really met everyone’s needs.” That’s a dogma anyone can embrace.

WATCH: Are puppies the secret to productivity?