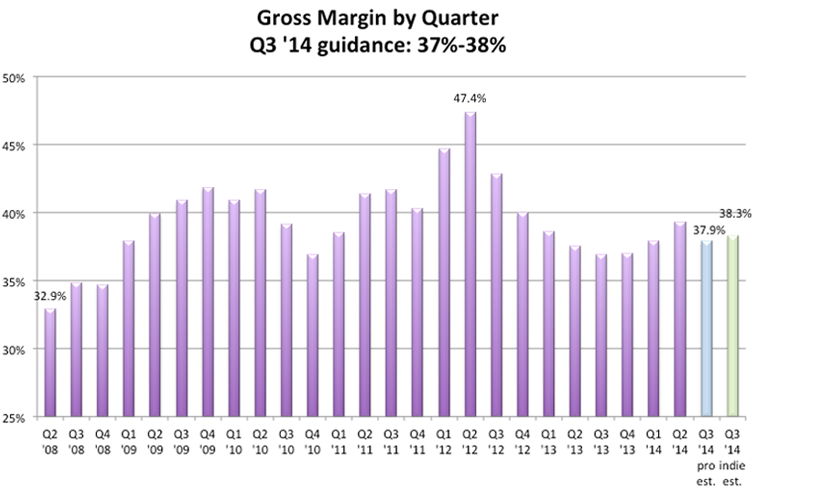 In a note to clients Monday, UBS’s Steven Milunovich raised his Apple price target to $115 from $100 on signs that the company’s gross margins — long the envy of its competitors — are once again on the upswing.

Gross margin, or GM, may be the number Apple analysts watch most closely — even more than iPhone unit sales, although the two are closely linked (the more iPhones Apple sells, the better its gross margins).

GM is a ratio calculated by the formula GM=(Rev-Cost)/Rev, and it measures how efficiently a company turns sales into profits — something Apple does better than most because it doesn’t have to cut prices to stay competitive.

Instead, Apple’s gross margins tend follow their own internal rhythms, falling when the company is tooling up to build new products and rising as efficiencies increase and component prices fall.

We’ll find out who was closest to the mark when Apple reports its Q3 earnings after the markets close Tuesday.

Below: The individual analyst’s estimates — pros in blue, indies in green — along with their Q2 2014 ranking (1 representing the best revenue and EPS estimates, 39 the worst). Link: The best and worst Apple analysts: Q2 2014 edition.

Thanks as always to Posts at Eventide‘s Robert Paul Leitao for pulling together the Braeburn Group numbers.