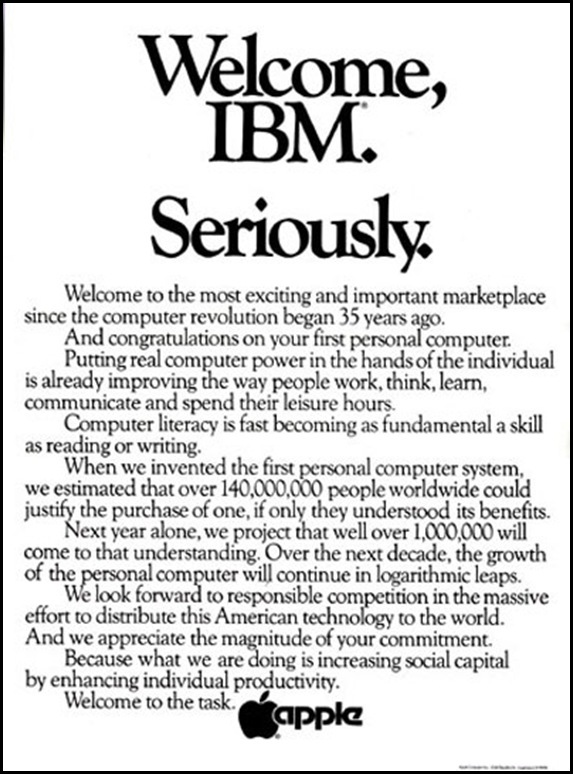 It’s easy to forget, in the wake of Tuesday’s Apple-IBM announcement, that IBM played the heavy for most of Apple’s early years, from Steve Jobs’ cheeky 1981 Wall Street Journal ad (“Welcome, IBM. Seriously.”) to the 1984 Superbowl spot that cast Big Blue as Orwell’s Big Brother.

But as Asymco‘s Horace Dediu points out, IBM (IBM) was always a reluctant PC maker. It never controlled the PC platform the way it did its mainframe business, and after the 1990 falling out with Microsoft (MSFT), the company found in Apple if not a kindred spirit, at least a partner that feared the power of the Windows-Intel (WinTel) axis as much as it did.

IBM and Apple formed three alliances in the early 1990s: PowerPC, Taligent and OpenDoc. None turned out well.

The partnership that IBM and Apple announced on Tuesday looks to be very different kind of deal — not a defensive technology or product play, but a strategic marriage of equals with complementary strengths. According to Apple’s press release the two companies are working together to deliver “the essential elements of enterprise mobile solutions.”