My freshman year at Apple’s iTunes U 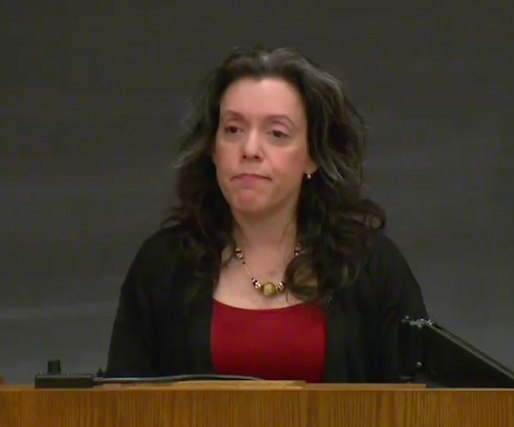 For the past year, I’ve been a drop-in at Apple’s (AAPL) iTunes U — auditing lectures recorded at Yale, Stanford and U.C. Berkeley between 2009 and 2012 when some of America’s most prestigious universities flirted briefly with putting their most popular courses online.

I’ve had a great time — and learned a lot. But in the periods of history I’ve been studying —  Colonial and Revolutionary America, the U.S. Civil War and, most recently, Europe from the Thirty Years War to World War II — the cupboard has run dry. Apple lists more than 7,000 publicly available courses, but in my area of interest, at the level I want the material taught, I’ve only found five (links below).

Unfortunately, the new version of iTunes that Apple announced Monday is not likely to change that.

Apple is going after a different market — students with iPads — and the thrust of its latest initiative is to get teachers to create iPad-ready courseware.

“Beginning July 8,” according to Monday’s press release, “teachers using the free iTunes U app can create, edit and manage entire courses directly on iPad for the first time, and students will discover new ways to collaborate including the ability to start class discussions and ask questions right from their iPad.”

That’s fine. But I’m pretty sure that the big market for iTunes U — which as of February 2013 had racked up more than 1 billion downloads — is people like me. People who aren’t enrolled in any classes and aren’t looking for college credits.

“The interest my iTunes U course receives from non-college students is overwhelming,” said Professor Matthew “Dr. Fus” Stoltzfus, in that 2013 press release. His General Chemistry course had just surpassed 100,000 downloads.  “I’ve been working with high school teachers who use my iTunes U material to prepare to teach their own classes, high school students all over the world who are leveraging the course to tutor their fellow classmates, even retirees who download my iTunes U course to stay intellectually active.”

For those teachers, retirees and non-matriculated students, iTunes U is a gift — but one that probably won’t keep giving forever. At least not without paying customers and a sustainable business model. Right now, that’s not me. Or, I suspect, the vast majority of iTunes users.

— Stanford’s Jack Rakove‘s Colonial and Revolutionary America, recorded at Stanford in the fall of 2008. He calls himself James Madison’s alter ego and loves to go macro — talking about how historians do what they do. We ended up exchanging e-mails; I bought one of his books; he told me about how Stanford students deal with having a Jobs on the campus.

— Yale’s Joanne Freeman covered a lot of the same ground in The American Revolution, recorded in the fall of 2011. Hers was more a social history. She’s very smart and fun to watch — especially when she touches her hair and giggles.

— David Bright, also at Yale, picks up where Freeman and Rakove left off in his The Civil War and Reconstruction Era, 1845-1877. Professor Bright is a gifted story teller and he’s got some great stories to tell. You may recognize him from his brief appearances with Shelby Foote in Ken Burns’ The Civil War.

— John Merriman‘s European History 1648-1945, recorded at Yale in 2009, is simply brilliant. I ended up doing a lot of the assigned reading — including much of his 1,365-page book — and watching the black-and-white movies he recommended.

— David Wetzel‘s History 162A and 162B, recorded in 2009 and 2012 at Berkeley, delivers the muscle and guts of the same blood-drenched history, often at high volume. He will, from time to time, instruct his students to take their hands off their laptops while he re-enacts, say, the assassination of Archduke Ferdinand on June 28, 1914 — “The day,” he bellows, more than once, “that Europe committed suicide!”