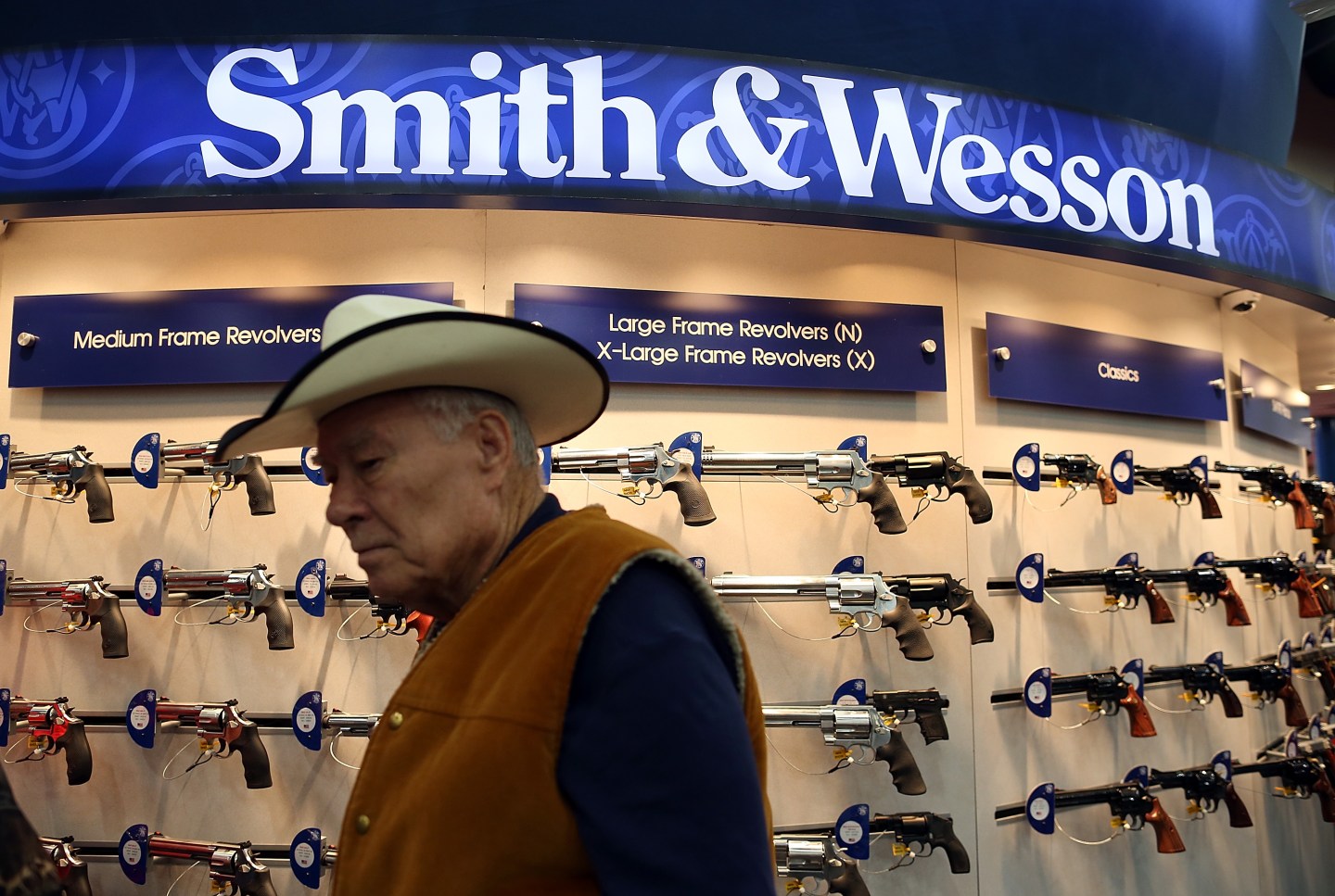 An attendee walks through the Smith and Wesson booth during an event in Houston, Texas.
Justin Sullivan Getty Images

It looks like Americans may be buying fewer guns this year.

Smith & Wesson (SWHC), the 162-year-old gunmaker, lowered its guidance for the quarter and rest of the year, even as it reported better than expected sales in its fiscal fourth quarter that ended Apr. 30. Shares of Smith & Wesson’s stock had dropped nearly 9% by the close of trading Friday following the announcement.

The company reported sales of $170 million in its fourth quarter, higher than the average analyst estimate of about $164 million, according to data compiled by Bloomberg. Revenue was almost 5% less than the year-earlier quarter.

CEO James Debney said the current quarter would log revenue more than 20% lower than analyst forecasts, which is an average of $134 million for the fiscal first quarter based on seven analyst estimates.

The once high-selling gun industry may be facing a comedown as incidents of gun violence have soared this year. There has been an average of almost one school shooting every week for the past year and a half, the Washington Post reported earlier this month.

Until now, gun sales have been brisk as Americans bought up guns in anticipation that President Obama and Congress would place restrictions on firearms, especially in the wake of the deadly shooting at Sandy Hook Elementary in Newtown, Conn.

Handguns, especially, have been an area of growth for the company. Sales rose 30% last quarter, though the gains were offset by the fall in demand for rifles, which Debney attributed to the overall drop in revenue.