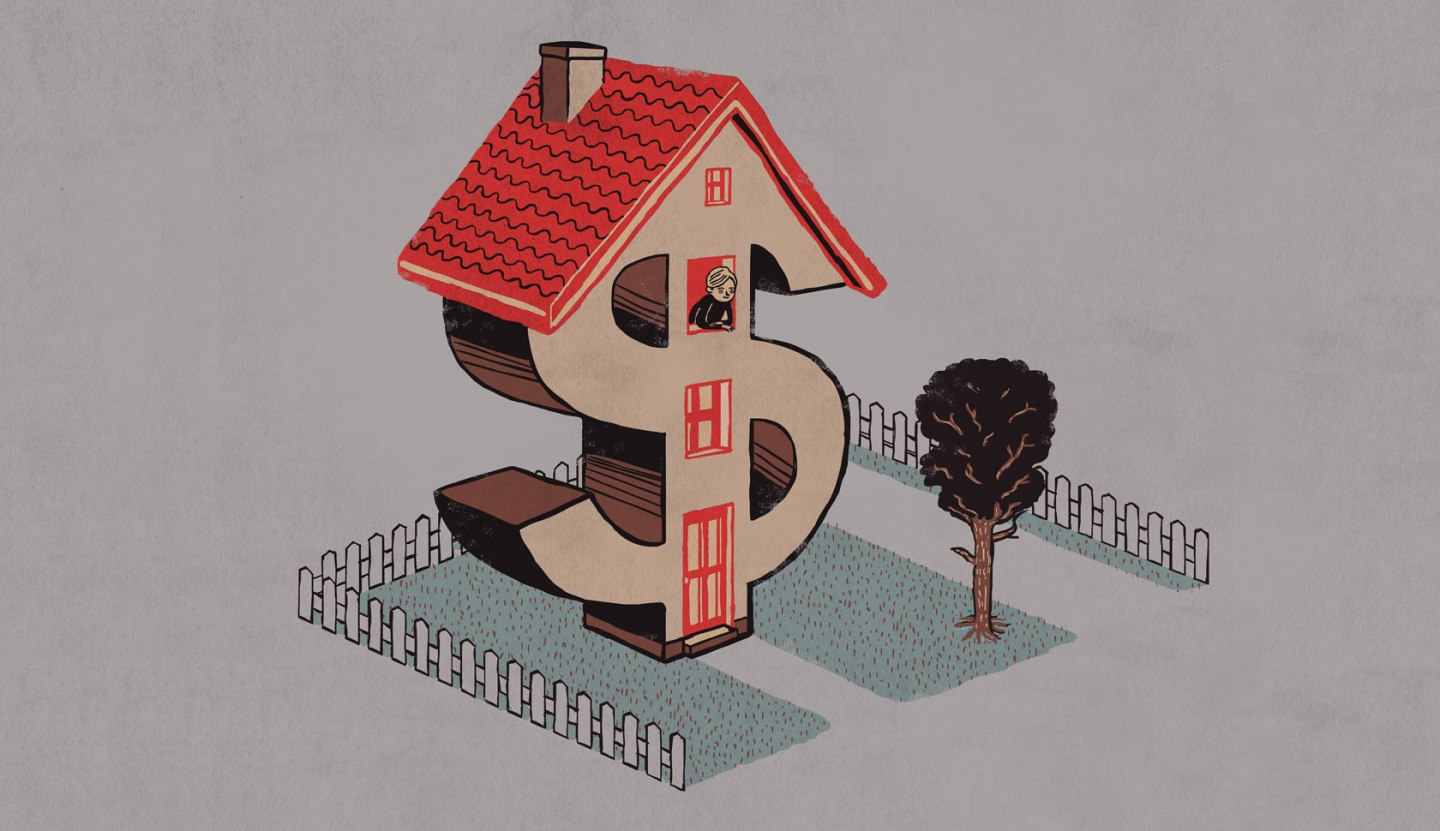 In their new book, House of Debt, Atif Mian and Amir Sufi make a persuasive argument that a decline in consumption caused by a drop in home prices slowed the economic recovery more than a weakened banking system. Even if banks were strong, they argue, the demand for loans would still be weak. Mian and Amir Sufi blame a sharp increase in savings by highly levered homeowners for the fall off in consumption and borrowing; as a result, the authors urge taxpayers to cover homeowner losses, including unrealized losses, to stimulate demand and help grow the economy.

Going forward, they also recommend that the government should require borrowers to purchase insurance to guard against declining home values. Even if Mian and Sufi are right that a falloff in subprime consumption is chiefly responsible for the slow recovery, they never convincingly show that highly levered homeowners saved sharply more when home prices fell. To make their case, the authors present evidence that low-income households borrowed against the rising value of their homes and spent the proceeds. They assume these same homeowners saved at a similar rate when home prices declined.

This assumption need not be true, and without further evidence, it does not seem likely. Low-income households tend to consume all of their income and save little for retirement. When home prices rose prior to the recession, low-income homeowners borrowed against their unrealized real estate gains and consumed much of that additional wealth. When home prices fell, these homeowners had no need to lower their consumption beyond the level required to pay back the loan. In fact, many defaulted on their agreement to repay, rented a comparable but now-cheaper home, and increased their consumption.

To bolster their claim, Mian and Sufi show that consumption—namely, automobile purchases—fell in zip codes with highly levered homeowners as housing prices declined.

Yet, the authors overlook a more likely explanation for this decline in spending. When households borrow and spend, their spending temporarily rises above their income. Once households consume the proceeds, spending must fall back to the households’ income. A given zip code can only continue to spend more than its income if additional households within the zip code start to borrow and spend. Overall, spending can only exceed income for as long as accumulated debt continues to rise relative to the zip code’s income, which cannot continue forever. If real estate prices fall and less levered households no longer have excess collateral against which to borrow, spending must fall sharply back to income, even if levered households continue to spend all of their income.

The difference is hardly inconsequential. In Mian and Sufi’s scenario, the zip code’s spending temporarily fell below its sustainable level. In this case, short-term fiscal stimulus, as prescribed by Mian and Sufi, might boost spending in order to prevent a temporary lull in demand from unnecessarily damaging the economy permanently. In the alternative scenario, the zip code’s spending fell back to its permanently sustainable level. In that case, damage caused by the need to reallocate production is ultimately unavoidable.

The authors overlook this alternative explanation. Their recommendation does little more than continue to heap money on the very households that consumed more than they earned. Worse, it assumes income redistribution has no cost, when even the International Monetary Fund has concluded that Europe’s higher level of transfer payments have slowed its long-term growth relative to the U.S.

To revive subprime lending and associated consumption, but mitigate the risk of recession, Mian and Sufi recommend that the government require mortgage holders to buy insurance that protect them against a decline in home prices. The authors believe insurers will agree to bear 80% of the loss for 5% of gain. But why would insurers do this when they can buy and rent out a comparable house to capture 100% of the gain for bearing 100% of the loss (i.e., a 1:1 loss-to-gain ratio vs. 16:1), since the lenders would require insurers to post collateral on par with a 20% down payment anyway? No surprise, this is precisely what investors did—they bought large portfolios of homes to rent.

At a deeper level, Mian and Sufi call for funding private investment with more equity and less debt. There are two problems with this recommendation: First, growth of the trade deficit from 1.5% of GDP in the late 1990s to 5% of GDP by the mid-2000s flooded the U.S. with risk-averse savings, not risk-bearing equity. If those savings sit idle, growth will slow, unemployment will rise, or wages will be lower. Without offering specifics, the authors call for the government alone to employ risk-averse savings, but how might the government do that other than to run even larger fiscal deficits or guarantee even more private-sector debt than they already do? Even after publically held federal debt doubled from about 35% of GDP prior to the crisis to over 70% today, and federal guarantees expanded from 45% to over 50% of financial firm debt, the supply of risk-averse savings still exceeds the supply of government-guaranteed debt.

The key to accelerating the recovery is not to generate unsustainable consumption, as Mian and Sufi propose. Rather, we must find sustainable uses for risk-averse savings—to fund productivity-enhancing infrastructure, for example, if that were possible in more than just theory.

Alternatively, we could accumulate more equity by lowering marginal taxes on successful innovators and use that equity to underwrite the risk of consuming or investing risk-averse savings. In practice, this would mean using the equity to fund larger down payment on homes or to capitalize banks with more equity, for instance, without merely reallocating equity from other sectors of the economy. We could also reduce the supply of risk-averse savings by discouraging these savings with negative interest rates or by restricting trade deficits, for example, if that were possible without offsetting repercussions. As a last resort, we could let risk-averse savings sit idle and consequently accept permanently lower growth, higher unemployment, or lower wages.

Without a full accounting of the costs, Mian and Sufi’s calls for more equity and less debt to mitigate recessions, low-cost insurance to cover housing losses, and fiscal stimulus to prop up what they hope is a temporary lull in demand, are little more than wishful thinking. Insight must show us how to choose between real alternatives that, unfortunately, have costly tradeoffs. House of Debt does not do this.

Edward Conard is the author of Unintended Consequences: Why Everything You’ve Been Told About The Economy Is Wrong. He’s also a visiting scholar at the American Enterprise Institute, and a former Managing Director at Bain Capital.