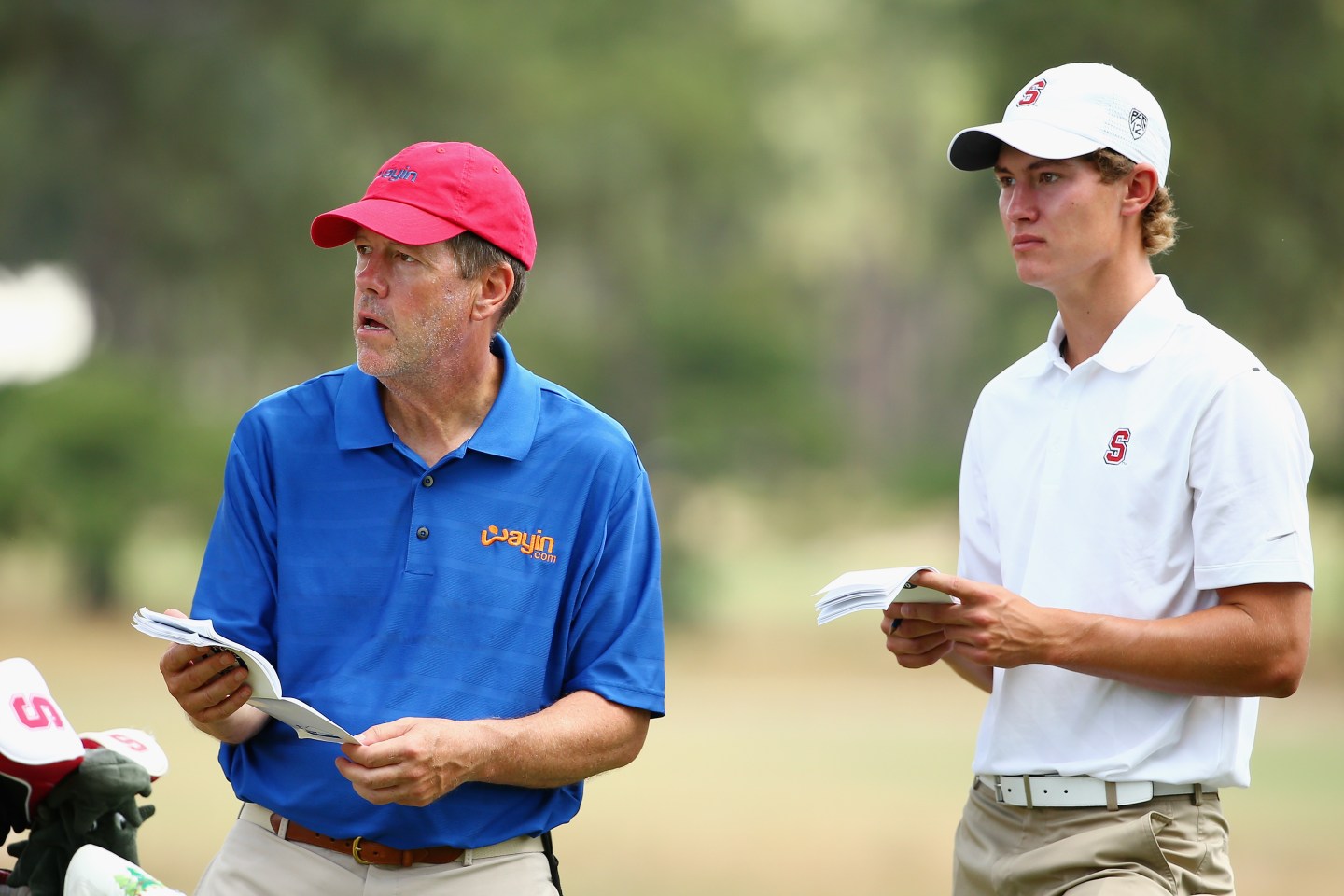 PINEHURST, NC - JUNE 09: (L-R) Sun Microsystems co-founder Scott McNealy caddies for his son amateur Maverick McNealy of the United States during a practice round prior to the start of the 114th U.S. Open at Pinehurst Resort & Country Club, Course No. 2 on June 9, 2014 in Pinehurst, North Carolina. (Photo by Streeter Lecka/Getty Images)
Streeter Lecka—Getty Images

You may not expect a billionaire and former CEO of Sun Microsystems to take on the role of caddy for a few rounds of golf, but Scott McNealy has some solid reasoning.

That’s because his son, Maverick, a freshman at Stanford University, is the golfer.

The younger McNealy will be playing at none other than the U.S. Open at Pinehurst starting Thursday, having qualified for a spot earlier this month. His dad, a golf enthusiast in his own right and a former golf captain at Harvard, couldn’t help tagging along.

And, hey, Father’s Day is coming up soon, so there’s nothing like a little father-son bonding on one of the biggest stages — or courses — in sport.

In an interview with Golf Week, Maverick McNealy said of his father: “Really, he taught me to love the game. He taught me everything.” Scott McNealy quipped back: “I taught him until he started to kick my butt.”

For the elder McNealy, the pride in his son’s accomplishments — he has three others — has been well-documented. He’s been tweeting about his caddy role to his more than 10,000 followers.

Below is a collection of McNealy’s public musings as he gears up for the North Carolina tournament.

In this June 8 photo, father McNealy (@scottmcnealy) shows off his prowess with a smartphone to take a necessary shot of his son in front of some Pinehurst foliage.

(By the way, you can follow Maverick and join one of his nearly 400 followers at @13maverickm).

The second shot, which was taken on Tuesday during what must've been a warm-up round, showcases Maverick's bag with the burlier equipment from Cameron Wilson, a teammate of McNealy's at Stanford.

A notable Stanford alum (or at least partially)? The legendary Tiger Woods, who attended the elite institution for two years.

Finally, the proud papa couldn't contain himself by retweeting a photo from the U.S. Open's account (@usopengolf). In this photo, Maverick is learning from American great Jim Furyk, the 2003 U.S. Open champion. If you squint hard enough, you can make him out.

Is that Scott McNealy in the red cap and clutching his son's bag? Could be -- he is a caddy after all.