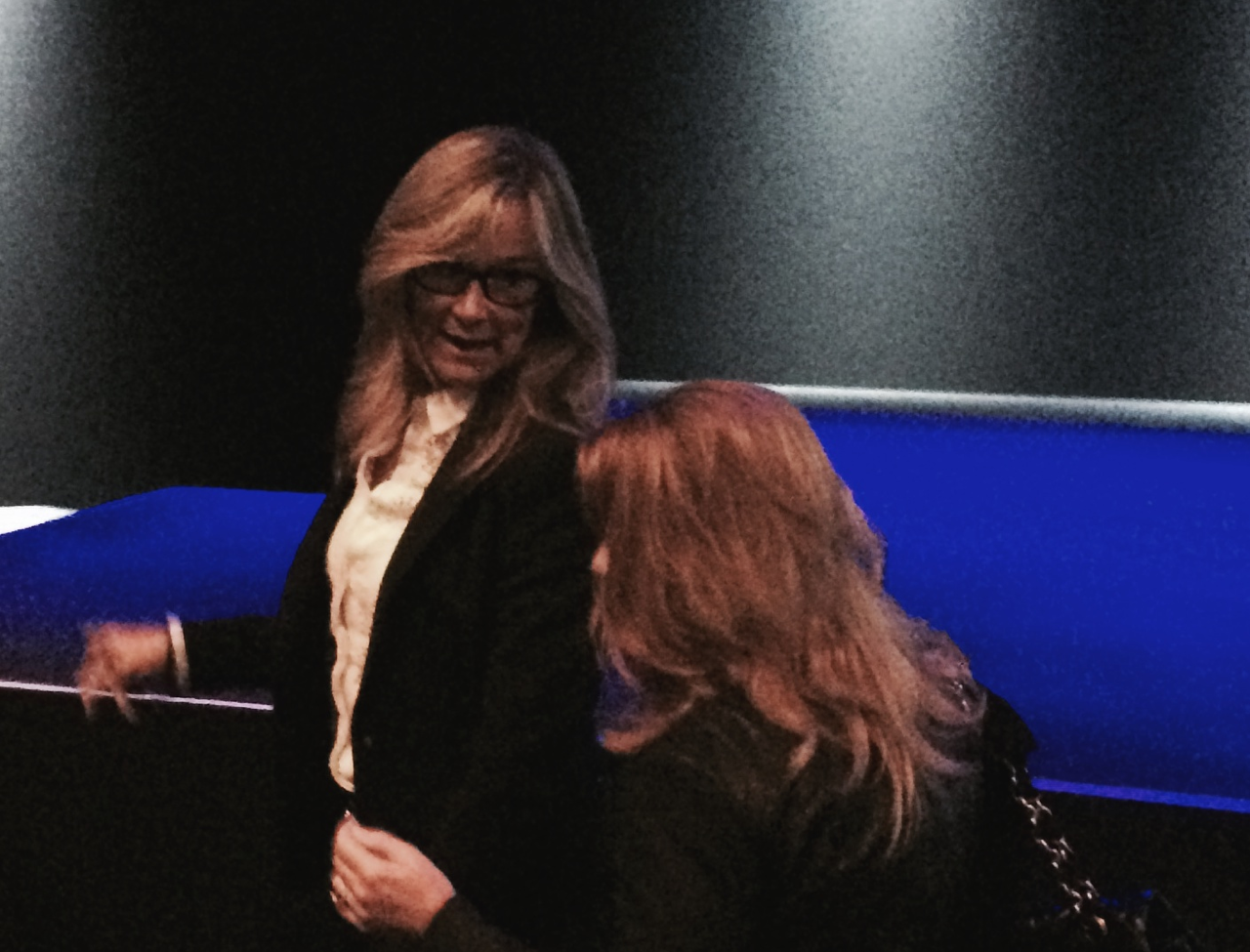 I had hoped Tim Cook would bring Angela Ahrendts to the stage in San Francisco for Monday’s WWDC Keynote. She was there, but she didn’t make an official appearance. The closest I got to her was this iPhone photo, snapped as she hurried out an exit behind the stage.

So the only WWDC story I have about Burberry’s former CEO, who took over Apple’s retail division on May 1, is the one Computerworld ran Friday morning about what was described as the sale of $5.3 million worth of Apple shares on June 1, the day they vested.

The most interesting detail in Gregg Keizer’s story is the one he saves for his kicker: At Burberry, she got a $30,000 car allowance and $42,000 a year for clothing. She doesn’t get either of those things from Apple.

On the other hand, Apple awarded her stock grants that when fully vested have a paper value of $78 million.

On June 1, the eve of WWDC, 16,264 of those shares vested. In accordance with Rule 16b, says the SEC filing, half of them were immediately liquidated at $633 apiece, which is where Keizer got $5.3 million.

But according to Apple no shares were sold, and the money was simply withheld to pay taxes. Which kinda makes this a nonstory.