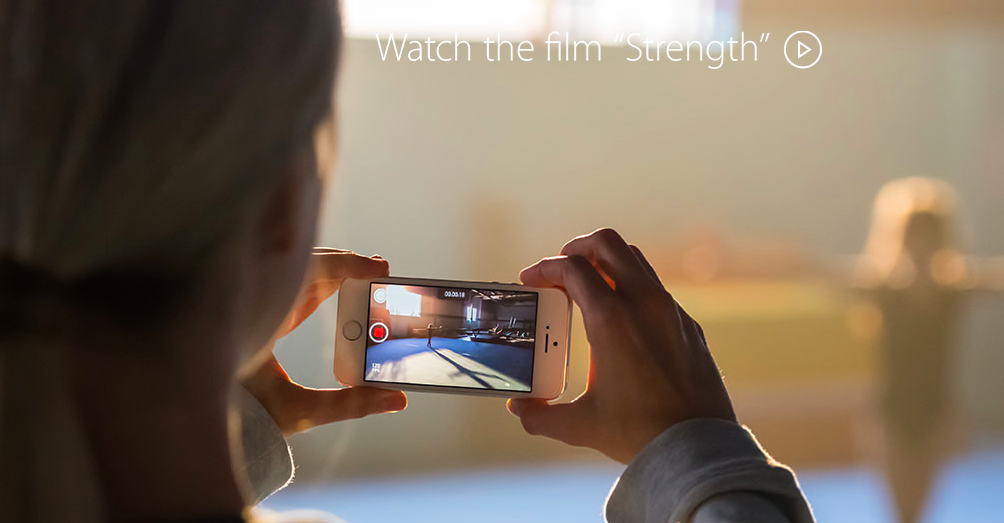 Apple’s long-time ad agency, TBWA\Chiat\Day, is now competing for Apple’s business with a new in-house team made up in part by talent poached from Chiat\Day.

Peter Burrows had the story Wednesday afternoon in Bloomberg Businessweek. A few hours later, as if to strut its stuff, team Apple fielded a new TV ad and four YouTube videos.

What’s interesting about the TV spot is that it highlighted Apple’s foray into health monitoring several months before its newly announced HealthKit app is scheduled to appear. It featured eight third-party products that take advantage of the motion detector built into the iPhone 5S and said nothing about the Apple wrist band that’s rumored to be in the works.

“iWatch?” wrote Shawn King on The Loop. “Who needs an iWatch?”

The four YouTube videos build on “The Verse,” the Walt Whitman-themed series that according to Burrows was one of the in-house agency’s first efforts. In two of them, travel writer Chérie King talks about how the iPad gives people with hearing issues new freedom. In the other two, musician (and app developer) Esa-Pekka Salonen talks about how a tablet allows him to compose whenever inspiration strikes.

The depth of the rift with Chiat\Day came to light during the most recent Apple Samsung trial. In an exchange of e-mails introduced as evidence by Samsung’s lawyers, Apple marketing chief Phil Schiller expressed his unhappiness that Samsung had cornered the market on “cool” and suggested to CEO Tim Cook that it might be time to change agencies.

“If we need to do this, we should get going,” Cook replied.

It seems they did.

Below: The five new spots.