In price wars, some Uber and Lyft drivers feel the crunch 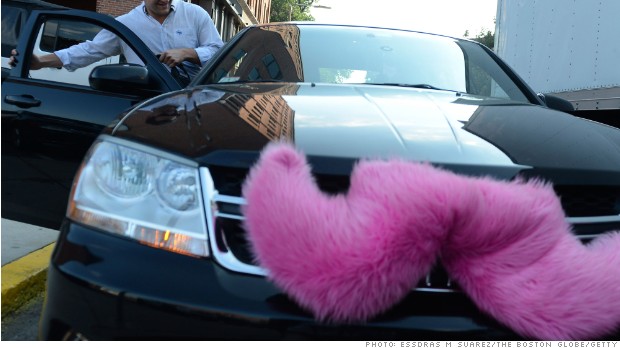 Boston, MA 071613 Hunter Perry (Cq)( a regular Lyft user gets picked up on July 16, 2013 near his office on Harrison Ave. The vehicles participating in the Lyft program wear a pink mustache on their front grille. (Essdras M Suarez/ Globe Staff)/ MET
Photograph by Essdras M Suarez — The Boston Globe/Getty Images

FORTUNE — Uber and Lyft’s aggressive expansion may be great news for passengers of their ride-sharing services but less so for some drivers who say their bottom lines have suffered in recent months.

The two startups, which compete against taxis, have grown increasingly aggressive in trying to one-up the other with price cuts. But many drivers now complain that they are earning less as a result along with being saddled with the high cost of maintaining their cars.

“We aren’t getting the full pay we used to,” said Luke McCready, who began driving for Lyft five months ago, after quitting his sales job at Well Fargo. While McCready, 33, averages $30 an hour on busy days and $20 on slower ones ferrying passengers in his Honda Civic, that’s significantly less than the $35 hourly rate Lyft advertises.

In January, Uber slashed prices by over 20% to become the cheapest service of its kind in many U.S. markets. In April, Lyft cut fares nationwide by as much as 30%.

While fares have dropped, the commissions both Lyft and Uber collect on every ride have seesawed. Uber recently increased the cut it takes on each ride to 20% percent from 5%. Lyft declined to follow and, in fact, temporarily eliminated its 20% commission completely “to provide our growing driver community with peace of mind” during the price drop.

But lower fares still translate into less money for some drivers given steep fare cuts. In a sign of the discord, nearly 100 UberX drivers protested outside Uber’s San Francisco headquarters earlier this month for higher pay. Uber managers tried to make peace by handing out pastries to the protesters. But the company didn’t offer what the drivers really wanted – more money.

Uber and Lyft did not respond to requests for comment.

The stakes are high for both companies because their businesses are based on an ample supply of drivers to meet demand. The happier the drivers, the more of them are on the road and the less time passengers have to wait for a ride — an important point compared in trying to compete with taxis.

Another driver for Lyft and Uber, who requested anonymity to avoid retaliation from the companies, complained that he’s been working more hours to make the same amount of money. Last fall, when he first started, he made $35 an hour. Now, his take-home pay is far less as the companies “race to the bottom,” as he put it.

“I feel like I’m just a commodity,” said the driver, a 50-year-old father from San Francisco.

He also didn’t account for the natural wear-and-tear on his new Honda from driving for eight months including $500 to change the tires and over $600 to fix the brakes. Because of that, he’s now trying to wean himself off of Uber and Lyft as his primary income to work elsewhere including in film production.

“I can’t rely on them — they’re so unpredictable,” the driver said about the two ride-sharing services.

In the race to recruit drivers, Uber has tried to make the job more attractive by offering a one-time bonus. New drivers get $500 after picking up their first passenger. Additionally, Uber is hammering the point home that its drivers can make a decent living. On Tuesday, the company said that the average full-time UberX driver in New York City makes more nearly $91,000 annually. In San Francisco, the average pay is more than $74,000.

Uber also stresses its importance in creating jobs at a time when they can be difficult to come by. In a typical month, the company said it creates jobs for 20,000 new drivers nationwide.

Indeed, it’s worth noting that not all ride-sharing drivers are hurting.Todd Pivetti, a 23-year-old actor from San Francisco who drives part-time, argued that the benefits of driving for Lyft are two-fold.

“I get to make an income without being dictated by a schedule, and I get to network like a boss when I’m driving,” Pivetti said. “It’s the new way to network.”