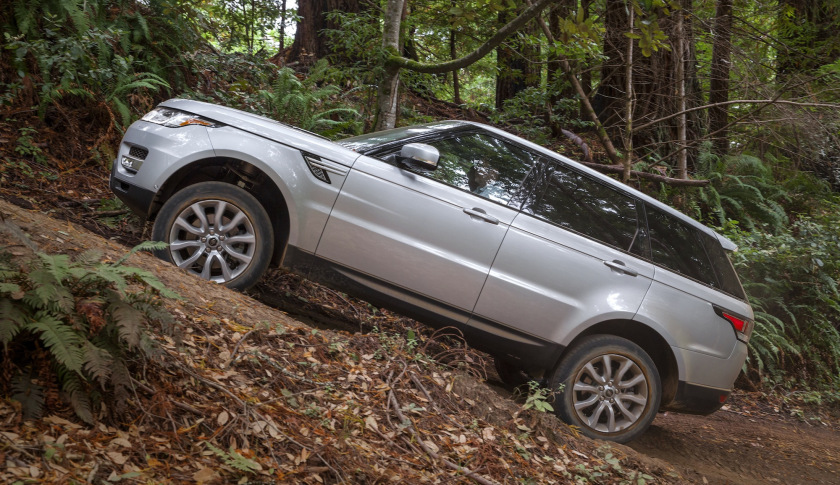 They are like zombies, the walking dead of the auto world. Their product lines are decimated, their dealers disheartened, and heir prospects declining. They are still selling cars, but the whole enterprise has a ghastly pall about it — like teams playing out the NFL schedule with no chance of making the playoffs. Everybody has their own list of zombie brands, but Mitsubishi, Volvo, and Italy’s Lancia are clearly in danger of joining Maybach, Hummer, and Packard.

For a long while, Land Rover seemed headed in the same direction. For most of the ’90s and the 00’s, it made do with manufacturing operations that were antique and engineering — four different platforms for four different models — that was laughably inefficient. Land Rover quality was a joke. A succession of owners, including Rover Group, BMW, and Ford (F) had tried to revive it, but, finding themselves unable to, sold it off to the greater fool. Land Rover was traded more often than frozen pork belly futures.

When Ford sold the 65-year-old British based maker of off-road vehicles to India’s Tata along with Jaguar in 2008, the end seemed near. The existing product lines consisted of outmoded, overweight, gas hungry off-road vehicles that seemed to have little future in a world of product engineering dictated by fuel economy and emission standards. Newer competitors from Mercedes, Lexus, and even Porsche began to make inroads. Even dyed-in-the-wool Land Rover fans were losing patience with constant trips back to the dealership for repairs. U.S. sales, which had peaked in 2007 at 49,550 slid all the way to 26,306 in 2009.

Through all those trials however, Land Rover has shown remarkable staying power and has managed to turn itself around. Without deviating from its original mission — delivering the ultimate in off-road driving machines — the automaker has expanded its product line at the low end and reengineered its high-end vehicles that sell for six figures. Customers have noticed, and Land Rovers have become cool again, along with Prince William, Kate Middleton, and the cast of Downton Abbey.

In the U.S., Land Rover has boosted sales 15% this year in an industry that overall is up 8%. Exclusivity is key. There are still vast swaths of the country where you never see one on the road or off. When sales reached an all-time November high last month, they still amounted to only 4,601 units. Ford sells that many F-series trucks in little more than two days.

But while its volume is scant, Land Rover makes every sale count. Discounts are rife among luxury SUVs, but Land Rover has been able to hold prices. With the introduction of the redesigned Range Rover in January, the average transaction price leapt from $93,451 to $101, 436, and it has remained above $100,000 ever since. “I’ve been watching for awhile now and am very surprised they’ve been able to keep their prices so high,” says Jessica Caldwell of Edmunds.com.

Moreover, the vehicles are selling almost as fast as they can be unloaded at dealerships. Edmunds figures that Land Rover’s days-to-turn in November was less than 10 days vs. nearly two months for its competitors. Caldwell is sympathetic: “I imagine there are a lot of frustrated people in the Land Rover dealerships since these are hot sellers are not easy to get.”

Land Rover buyers are unusually well-heeled. For the vast majority who never take their vehicles farther off-road than the parking paddock at a polo match, they are buying far more mechanical capability than they will ever need. Many pay cash, and lease rates are exceptionally low. And for deep wallets, mileage is not an issue: The Range Rover Sport gets just 14 miles per gallon.

MORE: Bentley not backing down from luxury SUV

The Land Rover revival began with the launch of the Evoque in 2011, the first new model produced under Tata’s ownership. With its tapered roof shrinking the side window glass, the Evoque’s design sacrificed some utility but more than made up for it in style. Rather than taking the compact SUV on safari to demonstrate its off-road capabilities, Land Rover positioned it as a hip, urban vehicle and photographed it in Times Square. The new association resonated, and 80,000 Evoques were sold worldwide during its first year of production.

Next came the redesigned flagship Range Rover, the first makeover since 2002 and only the fourth since it was introduced in 1970. The time was well-spent: Engineers knocked off as much as 900 pounds from its three-ton weight by making it largely from aluminum. Some of the design details from the Evoque were carried over, but the new Range retained the familiar upright stance and clamshell roof of its forbears. “People looking to spend $100,000 want a distinctive vehicle, and the new Range Rover looks more distinct than ever,” says Caldwell. “It is easy to spot in a crowd.” The redesign attracted a new generation of celebrities, including Christine Aguilara, Jessica Simpson, and Ludacris.

Land Rover completed a trifecta in August with the launch of the Range Rover Sport (above). Smaller and lighter than its namesake, it split the design difference between its two predecessors and went on to become the brand’s bestseller because of its blistering performance. On a drag strip, testers found that it could outperform a Ford Mustang GT that weighs 1,800 pounds less.

The Land Rover renaissance has come despite a legacy of quality problems that has left its older models at the bottom of the J.D. Power reliability ratings for three-year-old vehicles. Land Rover executives insist that quality is improving and point to the latest Power survey of complaints after 90 days of ownership, in which it climbed from 28th to 21st , close behind BMW and Volvo The survey came too soon to include results from the new Range Rover and Sport, so Land Rover’s ratings should continue to climb.

Given the fickleness of fashion, Land Rover will have to permanently put to rest its issues with reliability and fuel economy in order to build a solid foundation for future growth. Just now, it is headed in a different direction. The company recently staged a lavish Beverly Hills event at which it introduced the Long-Wheelbase (LWB) Autobiography Black edition Range Rover with more rear-seat legroom and elaborate comfort controls. Its base price: $185,000. It is a creation the Earl of Grantham and the rest of the Crawley family might have enjoyed in their salad days.