Volcker loopholes: Here are all the crazy trades big banks can still make 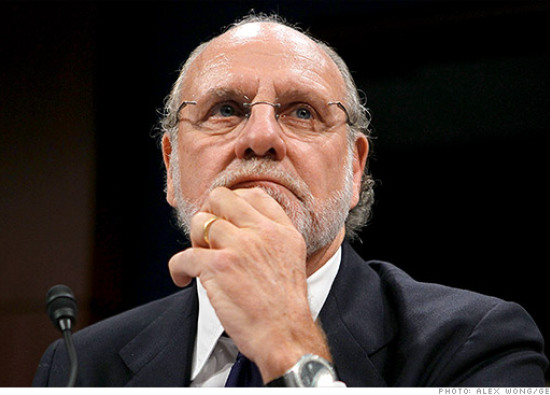 On Tuesday, regulators approved the long-awaited Volcker Rule. The final rule, which was also unveiled on Tuesday, was widely expected to be stricter than originally proposed. And in some ways it was. Bank CEOs will be required to certify that their firms are not violating the rule, which curtails the bets banks can make with their own money. And while banks will still be allowed to use their own money to hedge, financial firms are supposed to identify the exact risk they are trying to protect against.

But in other ways the rule turned out to be more permissive then some Wall Street banks feared and advocates of regulations hoped. Here is a list of the risky trades the big banks are still allowed to make under Volcker.

Perhaps the biggest loophole in the Volcker Rule is that it exempts government debt. That makes sense for U.S. Treasury bonds, which are generally considered low risk. But what about the debt of Puerto Rico, which rating agencies have recently been threatening to downgrade to junk? Well that’s exempt too. Meaning there is nothing in the Volcker Rule that stops banks from using borrowed money or depositors cash to take a flyer on Old San Juan or Detroit, which recently filed for bankruptcy.

Here’s a fun trade: One, buy up a bunch of risky European government debt, like that of Italy or better yet Greece. Two, use those bonds as collateral to borrow more money. Three, take that borrowed money and buy up more risky European bonds. And repeat. That’s essentially the trade that busted MF Global. And, yup, it’s allowed under Volcker. The rule does restrict trading in European debt to divisions of the big banks that are based in Europe. But that’s what MF Global did. To get around some U.S. restrictions, MF Global would regularly stash money in its London office. That is in part what made it so tough to find the missing $1.2 billion in client funds when the firm collapsed.

Remember Long-Term Capital Management, the hedge fund that blew up in the late 1990s and nearly caused a financial crisis? Its main trading strategy was to use mathematical models — and a whole lot of leverage — on convergence trades, betting for instance that Russia’s debt wasn’t that much riskier than say the U.S. It was, and LTCM blew up. And so Wall Street firms have mostly stayed away from doing this. Perhaps not anymore. Mathematically driven arbitrage trades of government debt are allowed under Volcker, because they are obviously not risky.

MORE: Emerging markets are more politically unstable than ever

One of the hottest trades, and arguably one of the dumbest, is to bet that Fannie Mae and Freddie Mac — the government-controlled mortgage insurers — will be revived as they once were. A number of high-profile investors, including Bruce Berkowitz and David Einhorn, have been making that bet, despite the fact that every government official or politician has basically said “not over my dead body.” But Wall Street likes long shots, especially ones they can take. And under the Volcker rule, the big banks, too, will be allowed to bet and benefit from Fannie and Freddie coming back to life. Let the lobbying begin.

Another main trading exemption in Volcker is for facilitating client transactions. So if you think clients will want to own something, and have in the past, you can buy it. Something investors always seem to want are stocks. That means trading in the stock market, at least the biggest stocks, is basically fair game under Volcker. So is high frequency trading in so-called dark pools, which is a way to mask trades and is the way many stock trades are completed these days.

Here’s how this plays out: If a bank thinks a lot of customers are likely to make a certain type of trade because the bank’s traders think it’s smart, then it is allowed to make that trade and to wait for clients to show up. If clients never show up to do the trade, or at least not as much as expected, oh well. The bank can then dump the position. Sound a bit like proprietary trading?

Regulators have been adamant that they will stamp out the type of trading that led to JPMorgan Chase’s $6 billion loss last year. And some people are saying the Volcker Rule will do that. But there is nothing explicitly in the rule that forbids so-called portfolio hedging. In fact, the rule says that banks are allowed to make trades that generally lower their risk. Betting that long-term bonds will fall in price and short-term bonds will rise is a way to hedge a lending portfolio against a recession, and would seemingly be allowed under Volcker. And it’s also essentially the trade that made the London Whale famous.

One caveat to all this is that the rule does bar banks, no matter whether the trade is exempt or not, from taking risks that lead to “material exposures,” or “could be a threat to the safety and soundness of the bank entity or to the financial sector.” But the term material is not defined. And for a big bank like JPMorgan (JPM), a trade has to get really big before it becomes a risk to the entire financial sector. The London Whale’s $6 billion trading loss never threatened JPMorgan, so even that wouldn’t qualify.

And the list will probably grow. Lawyers are digging into the Volcker rule to tell their Wall Street clients what they can and can’t do under Volcker. Doug Landy, a top securities lawyer at Milbank, says it will be at least another five years before we truly understand what is and isn’t allowed under Volcker. And even that won’t be the end. “I will be working on Volcker and Dodd-Frank for the rest of my career,” says Landy. He’s 46.