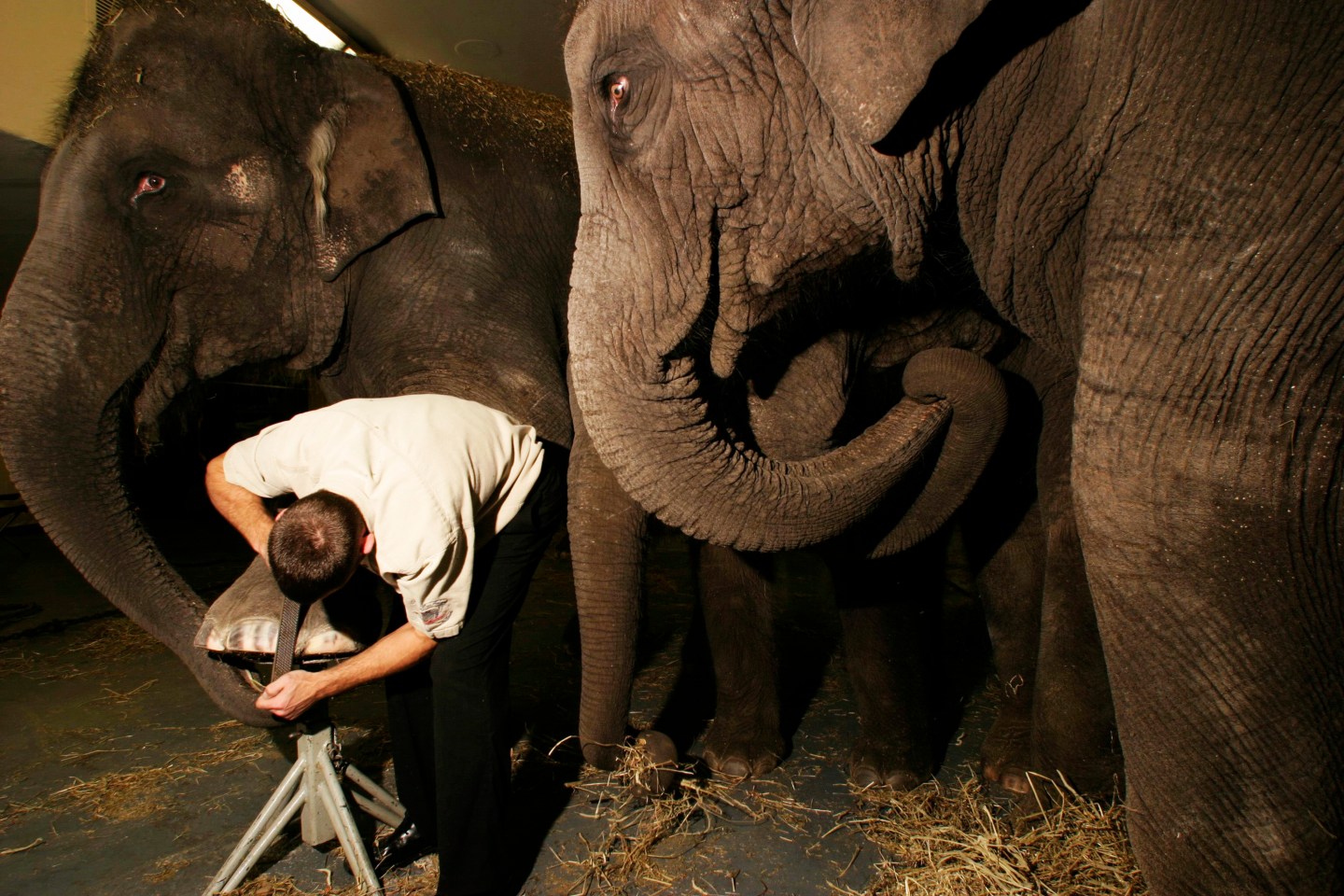 An elephant gets a "pedicure" at the Barnum and Bailey Circus in New York City. Shown is elephant trainer Mike Heyward.
Mark Peterson — Redux

The first drawing I ever did was of an elephant. I was 3 years old. My mother still has it. The college that I attended gave a diploma in animal care. We would go out to the wildlife park and spend time with the different departments—the lions, the monkeys, the apes, and the elephants. Once I spent time with the elephants, that was it.

I’ve been with Ringling Bros, now for just over three years. I’m one of 250 people who live on the circus train. I think it is the world’s longest privately owned train—it’s over a mile long.

We have 12 elephants. Their nails need to be trimmed quite regularly. We shape and file them. It’s pretty much what people do with their fingernails. I’m also one of the trainers and presenters. I have a ring of three elephants, which does a routine with music and dancing girls.

I’m with the elephants 14 to 16 hours a day. It is almost like not going to work because the elephants are like my family. I spend more time with them than most people do with their children.